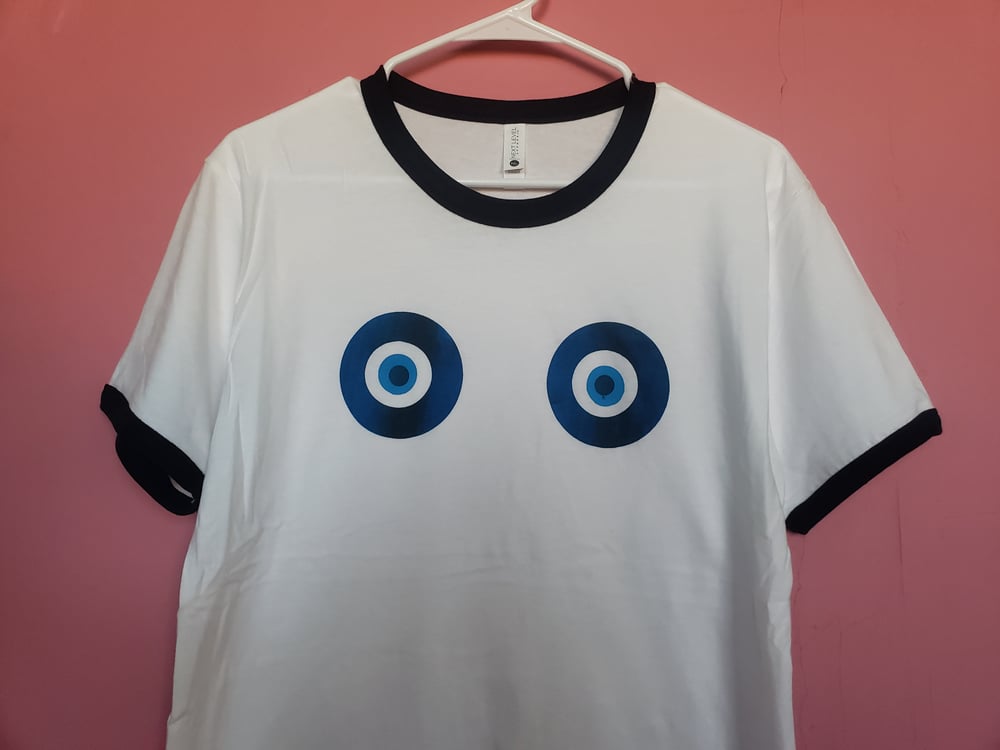 I grew up being surrounded by strong, brave and LOUD Turkish women. My mother came here when she was 30 and she brought her youngest sister here when i was born. I was raised by that aunt and a cousin who was old enough to be my aunt. They didn't speak very much english, but they learned and in turn Turkish was my first language… which is now almost all forgotten (a story that only my best friends and therapist knows, not because it's a secret, just long and sad). I grew up adorned in the evil eye, mostly in the way of earrings (its normal to pierce ears very young in my family and mine were pierced at age 1) and tiny little baby bracelets my family gave me for good fortune as a baby. I grew up seeing it on the walls, in doorways on keychains, EVERYWHERE. Because what is the evil eye? Well it's actually to ward off the evil eye, in Tturkey it's called Nazar. Its point is to repel evil spirits and keep you safe from harm.

I have loved this image for as long as i've been alive and couldn't believe when my phone had the evil eye as an emoji!!

I made this shirt in an extremely limited run and hope that y’all love the evil eye as well.

They're printed on unisex sized ringers and im wearing a large in 2 pics / / in the other 2 pics is shown a small. If you have big boobs like me (36DD) get a bigger size because on the sizes: L-XL the image sits lower on the shirt

XS-M the image is higher for smaller (than mine) titties

Sorry for the novel, but this print is suuuuper important to me and i thought i should share why <3

Wikipedia says this “in Ancient Greece and Rome, (its) believed to be cast by a malevolent glare, usually given to a person when one is unaware. It is a type of apotropaic magic. Many cultures believe it to be a kind of supernatural force that casts or reflects a malevolent gaze back-upon those who wish harm upon others (especially innocents). Talismans or amulets created to protect against the evil eye are also frequently called "evil eyes". Older iterations of the symbol were often made by ceramic or clay, however, proceeding the production of glass beads in the Mediterranean in approximately 1500 B.C., evil eye beads popularised with the Phonecians, Greeks, Romans and Ottomans” “...with around 40% of the world's population believing in the evil eye. The concept and its significance vary widely among different cultures, but it is especially prominent in the Mediterranean and West Asia.”